China unveiled a list on Wednesday of 100 outstanding private entrepreneurs on the 40th anniversary of the country's reform and opening-up. 阿里巴巴 chairman Jack Ma and Tencent chairman and CEO Pony Ma were among the entrepreneurs listed by the United Front Work Department of CPC Central Committee and All-China Federation of Industry and Commerce to highlight the reform and opening-up. The list was announced at a press conference in Beijing on Wednesday. 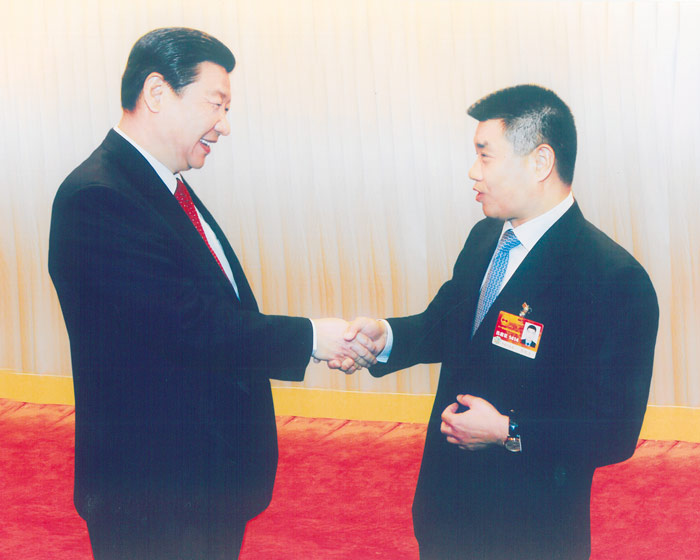 The list was drawn to promote the achievements of private economic development, demonstrate the profiles of the private entrepreneurs as builders of Socialism with Chinese characteristics, and vigorously carry forward the outstanding entrepreneur spirit, and achieve the "Chinese dream". Qiao Qiusheng, the owner of  Henan Huanghe Whirlwind Co.,ltd, was on the List of 100 outstanding private entrepreneurs released in 40 years of reform and opening-up.

Our company is a famous manufacturer in China, and our company establisher had attended the meeting and had a deep conversation with Chinese President Xi Jinping. Hopefully, our company will keep pace with the time and make full use of Chinese Policy to intorduce our product to worldwide countries!